USSD i.e., Unstructured Supplementary Service Data is a GSM i.e., Global System for Mobile communication technology which is used to send text message between a mobile phone and an application program in the network.

How to use the Idea USSD codes?

See the some of the ussd codes list below.

Given below are the idea USSD code for internet recharge

Above are the idea USSD codes for internet activation for both 2G and 3G network.

Given below are the Idea USSD codes for internet balance

Also see how to transfer balance in idea to idea 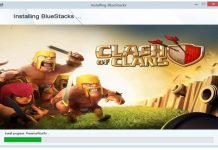 AppsDescargar
0
Installation Process of BlueStacks in PC: Nowadays, these emulators plays a prominent role in the process of installing and running the android apps on pc....
Copyright © 2020 All Rights Reserved
MORE STORIES

How to Transfer Balance from Idea to Idea Mobile Easily