IDEA DND Service Activation :Are you getting any calls/messages from different ad agencies for promoting their products/schemes, etc.? From now onwards don’t worry about the calls or messages because we are providing the solution for your problems & that is nothing but ‘Do Not Disturb’ services. And also we provided the procedure for how to activate the DND in IDEA number.

WHAT DO YOU MEAN BY DND?

DND is also called as ‘Do Not Disturb’ service and it is used by the user to prevent the unknown calls from the ad agencies and TRAI (Telecom Regulatory Authority of India) updated it as the NCPR (National consumer preference registry). Any ad agency that was making promotional calls to the consumers should filter their call list via NCPR. So that user cannot receive any calls or messages.

WHAT IS THE PROCEDURE FOR ACTIVATING THE IDEA DND?

Here we are providing you the two ways for activating your IDEA DND service. They are

From above two types, you can choose any one of them and also this activation is categorized into two types. They are full activation and partial activation.

Here we have some steps to follow the Idea DND activation for both full and partial blocking.

Step 1: Open the messages icon in your mobile.

Step 4: Within 24 hours you will receive a unique confirmation message.

Step 5: That’s it you completed the registration of your number in Idea DND services.

Note that, in step 2 you sent the message with a number of ‘0’ which indicates the full blocking of ads or full activation of the DND to your number. If you want to activate the partial DND service for your number you may follow the below table for preferences areas.

You can able to send multiple preferences at a single request like SMS START 5, 6 to 1909

For subscribing to DND service to your idea number via Call. You have to follow the points discussed below.

DEACTIVATION OF THE IDEA DND SERVICE

Hey, do you want to unsubscribe from the DND service? Ok then just make a message from your idea cellular mobile like this: SMS><Space><STOP to 1909. There is another way for deactivation of DND. That is, make a call 1909 and follow the instructions given by the system up to the deactivation option. Finalize your opinion by accepting the Deactivation of DND. 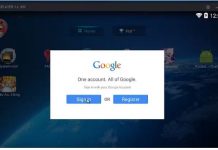 KOPLAYER | How to Run Android Apps on PC

AppsDescargar
0
Nowadays, these emulators play a prominent role in the process of installing and running the android apps. We know that we can not run...
Copyright © 2020 All Rights Reserved
MORE STORIES

How to Get Idea Internet Settings or Manually Setting Them