ABOUT THE POKEMON GO: Pokémon go is the augmented reality game created by NINTENDO’S. it has already proven that it was a reality playing game in this game we have to catch the Pokémon’s  present in the locations around us (surroundings to you) it was a reality game with internet and GPS navigation, you can’t run  the game without internet connection.

The Pokémon go was officially released in the US, Australia & New Zealand and after in UK and japan. Rest of them no other countries is getting the game officially. Recently Germany found the game in the play store and apple store. Because of a lot of fantasy on the game so many hits came on the server so its get crashed temporarily the company stopped the server for other country downloads. Don’t worry about it there is another way to download the game here the way to download.

This game is available in play store in US, Australia, New Zealand and Germany there u can download and install the game. If you are not able to find the game in the play store that means the country you are residing is not permit to get the game so the other way you can download the game is given below.

We have two ways to download the game one of them is we have to go for search the android  based file (.apk)for Pokémon go and we have to download and then change the settings on your android phone for installing the game from unknown source location and activate the option and then install the Pokémon go application.

The other way is to go to the settings add the new Google account, create the sample account in which the location is set to be in the US. Login to this account and go to play store there you can find the Pokémon go game download it and finally you got the game now log out the sample account and login to your original account.

DID THIS GAME AVAILABLE FOR WINDOWS PC ?

Sorry to say this is a reality based game and runs on GPS so you have to hunt for a wild Pokémon’s present at surroundings to you. So you have to go to new locations and find the Pokémon’s this game is only for android and ios based mobile phones.

HOW TO PLAY THE GAME

It’s so easy to play after installing the game initially you have to Login to your account and then followed by selecting the character and GPS location. Now you can catch your Pokémon and remind the important one that is please charge the phone fully and then start play keep a power bank with you because this game draws more power due to GPS and internet access. In this game, you can catch up to 151 Pokémon’s               initially a small one you can catch and by your gaming you can evolve them up to some instant. Initially, you will get a Pokémon by the professor by the mean while if you want to return any Pokémon you can give it back to the professor there you will get some rewards. There is a gym’s situated at surroundings to you, there you can battle with other opponent partner and gain some reward points by which you can upgrade your Pokémon’s. thank you for reading the article enjoy the gaming . 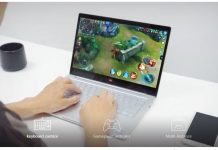 AppsDescargar
0
We know that we can not run the android apps or games directly into our PC. We need Emulators like Nox player, Bluestacks, Android Studio, GenyMotion, MeMu, KOPLAYER...
Copyright © 2020 All Rights Reserved
MORE STORIES