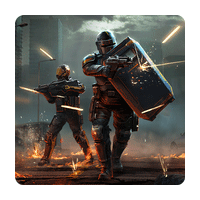 Requires Android: 4.0 and up

Modern Combat 5: eSports FPS – Step onto the battlefield and answer the call with the title that raised the bar for first person shooter games with its great graphics, high-powered guns and intense online multiplayer action. Create a squad from 9 classes, add your friends for team play and test your skills in dynamic warfare against online rivals from around the world!

Prefer to work alone? Then feel free to step into the thrilling solo play campaign as you shoot your way through one dire situation after another to save the world as you launch an attack against a lunatic’s apocalyptic plans.

For a complete list of changes, check out our Modern Combat 5 Facebook page.
• NEW ARMOR – The Samhain Spree will devour your opponents’ souls!
• NEW PRESTIGE SIDEARM – The Lux Aeterna slows your foes, and is an even bigger bane to Werewolves.
• NEW PRESTIGE CAMO – Decorate your weapons with a ghastly new design!
• eSPORTS – ESL tournaments continue, with real money up for grabs each week!
• BETA-VERSION BATTLE ROYALE – A Royale sneak peek at our new game mode.

For a complete list of changes, check out our Modern Combat 5 Facebook page.
• eSPORTS – Weekly MC5 Tournaments continue! Real money up for grabs each week.
• NEW MASKS AND CAMO – Spread terror in the arena or just look cool!
• ILLEGAL IMPORTS – Weapon attachments in the Black Market!
• CORE/GEAR INFO – Spy on your enemy’s loadout in the killcam view.
• MORE LOADOUT SLOTS – Enough room for all the new classes!
• CONNECTIVITY INFO – Check each player’s ping.

For a complete list of changes, check out our Modern Combat 5 Facebook page.
• eSPORTS – Weekly MC5 Tournaments continue! Real money up for grabs each week.
• NEW MASKS AND CAMO – Spread terror in the arena or just look cool!
• ILLEGAL IMPORTS – Weapon attachments in the Black Market!
• CORE/GEAR INFO – Spy on your enemy’s loadout in the killcam view.
• MORE LOADOUT SLOTS – Enough room for all the new classes!
• CONNECTIVITY INFO – Check each player’s ping.

Fixed an issue that caused in-game crashes for numerous players.

For a complete list of changes, check out our Modern Combat 5 Facebook page.
• eSPORTS – Weekly MC5 Tournaments continue! Real money up for grabs each week.
• NEW CLASS – The dual-wielding MARAUDER. His massive firepower is unmatched, but can he get close enough?!
• DAILY REWARDS – Log in daily and assemble a high-tier weapon each month.
• PRO TOURNAMENTS – Leveling the playing field by restricting Cores or Prestige weapons.
• TECH STEP-UP – Improved GFX. 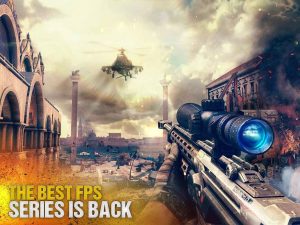 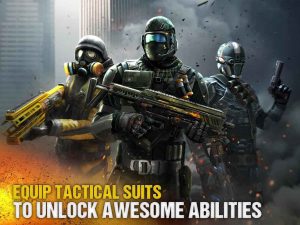 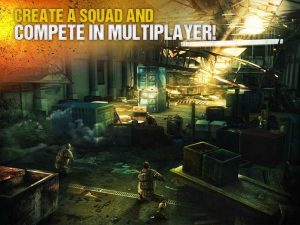 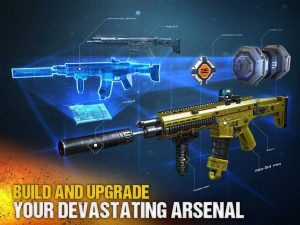 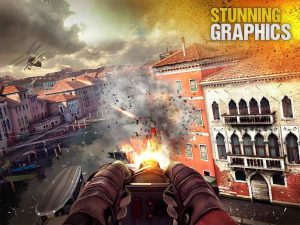 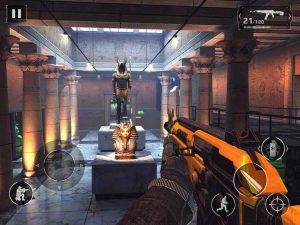 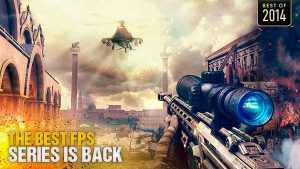 Overall the game is great for a mobile FPS, controls are well laid out and graphics are good. There is a large number of pop ups that you can pay to remove but I’m cheap so no. They haven’t thus far effected gameplay. I am playing on a GS8, I imagine playing on the Asus ROG phone would be amazing.

Brilliant game, I’ve tried dozens of FPS’s and this is by far the best FPS I’ve played. The only slight niggle I’ve had is about the controls but considering you don’t have a controller with 2 sticks & 8 buttons Gameloft have done a great job. It’s taken me a few days to get used to moving, aiming and shooting at the same time. The graphics are stunning and the physics are truly amazing for a mobile device game. Job well done.

Horrible game, only pay to win, terrible ranking system, unfair and unbalanced team system. Too many people spend way too much money to feel good about themselves because there is nothing else games like this and join the revolution.n their lives. Protest pay to win games!!!

Best graphics I’ve seen for campaign mode. Multi player is great too, just be prepared to go up against players that way out rank you. It seems a little unfair but I have only played several matches so far. Awesome game & a my new go to! I look forward to seeing what else developers come up with for this game!

What happened to it? The latest update is making some issues in my phone like, frequently reconnecting, connection lag, servers overloaded, even daily rewards claiming takes more then two seconds. I’ve been exited about new battle royal, do I updated it, still then I could not play a single match. It always says server overloaded. What should I do? By the way, it’s the best game on play store!

Best fps game ever. but needs a couple of changes like the game should have new maps for online multiplayer and the players should be able to see the aim as a small dot while playing as sniper and mew camo are needed as we are getting bored of using these old camos and new weapons should be added to inventory. WAITING FOR NEXT UPDATE.

I stick by my previous comment. However, i am a paying customer. I think the game is exciting and fun otherwise i will not spend my money.. With that said, the game lags, skips, crashes, control itself, disconnects from server more than i actually play. I cannot enjoy squad battles or multiplayer because of the before mention makes my enemies seem invisible and it seems they come out of nowhere to kill me. I can upload clip on an enemy thats not even participating and it will not kill him. Just when i thought this game cannot get any worse… It has and i am very frustrated and very very unsatisfied. Please fix this problem or i will not play anymore and i hope others do the same.

Been playing the game for a while now. It has great graphics, multiple playable player classes with unique weaponry or speciality, works well with bluetooth controllers and yes it’s not just another Play to Win Android game. The major downside though was that the Matching is a bit off the chart. You’ll get to go against Extremely High Level Players out there which means an easy defeat on your team. Most players also don’t know how the armors works because of general lack of know-how. If these points will be addressed and worked on properly then I believe this game will be smoking and soaring high

Thank You For Visiting Our Website… Please Visit Again…